The country is at the crossroad. Time to rise up and have your voice heard! Come to meet Trump surrogates, and GOP state leaders; cheer for Trump and Republican values we resonate. All are welcome. 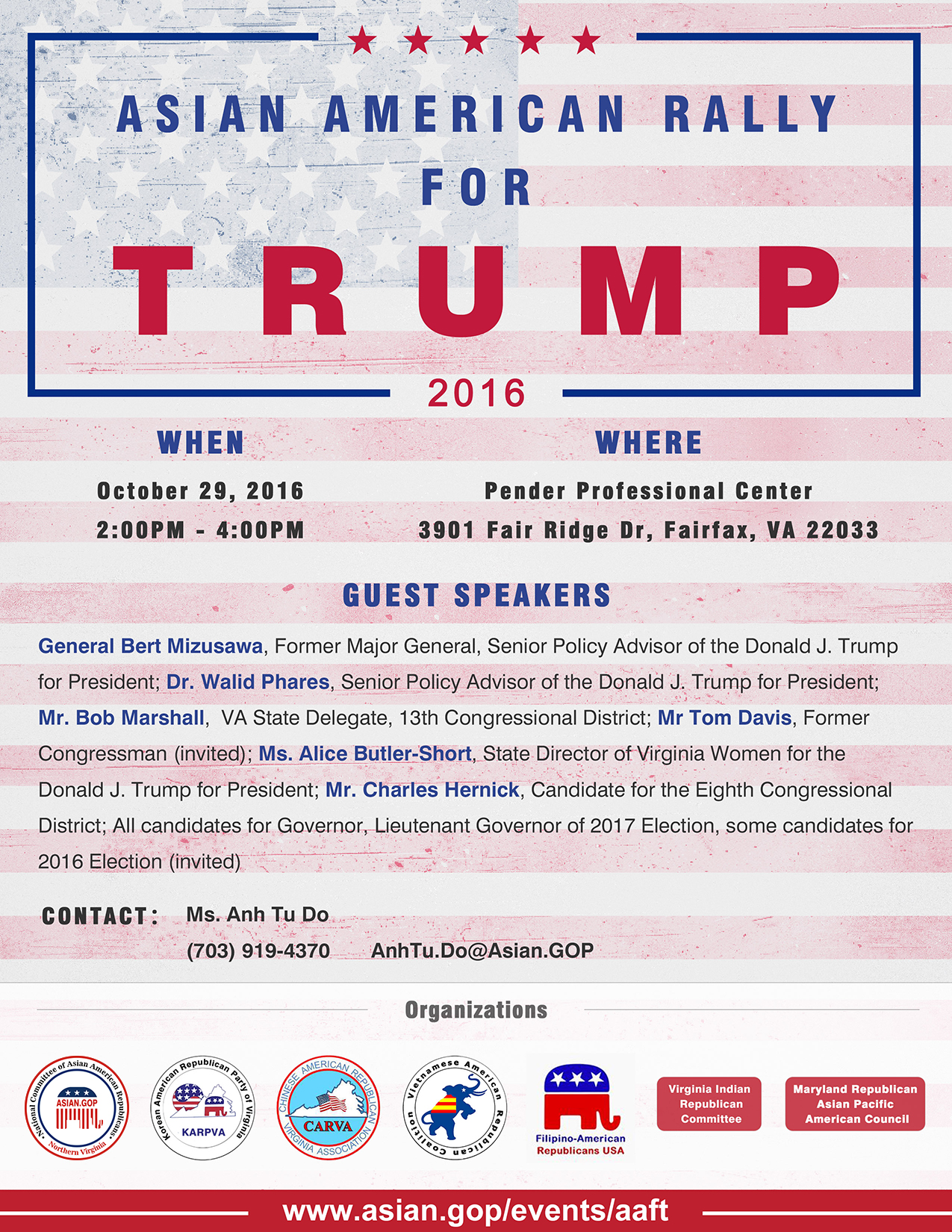 Please leave your phone number to contact with you about the event easily .